J.P. Morgan has Netflix stock as a “top pick” 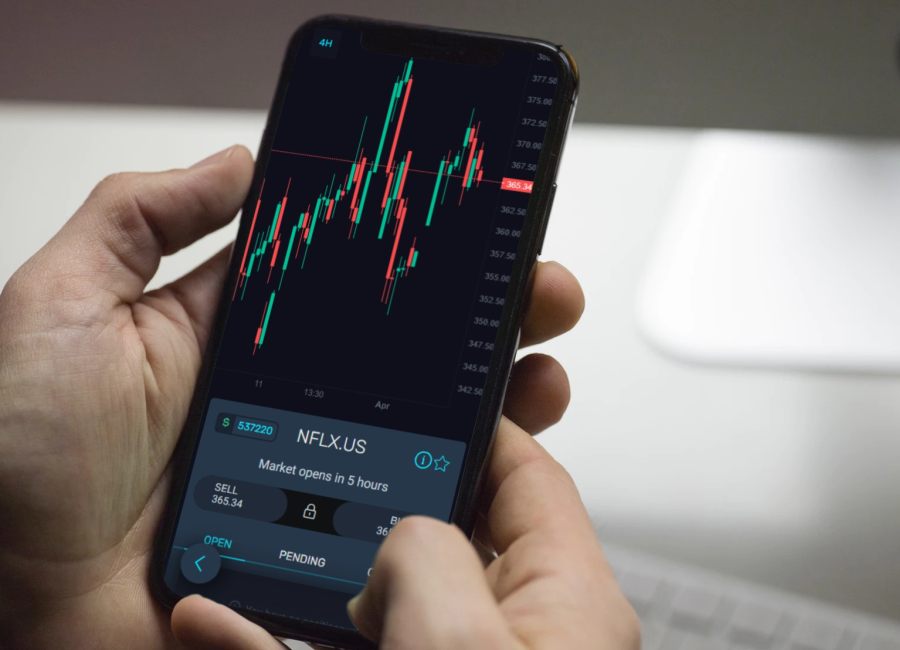 Trading Netflix stock on an iPhone with SimpleFX WebTrader

Netflix is a popular company among SimpleFX investors, who like to take both short and long positions on the stock, which has been behind in the first quarter of 2019. In comparison to the S&P 500, which climbed 9%, Netflix only gained 4%. It is also significantly underperforming when compared to its peers. This performance, however, doesn’t reflect its earnings as in this regard, Netflix has done well.

Doug Anmuth, an analyst at J.P. Morgan, sees this as an opportunity to buy and has added Netflix as one of his ‘top picks’ since subscriber numbers and the amount of original content in increasing. Anmuth holds his target price at $435. This is above the current levels by 19%.

NFLX stock changed very little during trade on Tuesday afternoon but has reported a gain of 4.1% after the fourth-quarter earnings were published on January 17. This is due to Netflix outdoing expectations on profits and subscriptions. The SPX 500 index, on the other hand, saw gains of 8.8%. Anmuth believes that Netflix’s future price hike for subscriptions caused concerns, which is the reason behind its lack of growth in comparison to its peers. There is also increased competition from Walt Disney Co. and Apple Inc. These concerns, however, have been over exaggerated, according to Anmuth, since the original programs on Netflix have done well in the first three months of 2019. There are also lots of upcoming originals that are expected to do well too.

In a recent note to clients, Anmuth wrote: “We believe the underlying secular shift toward on-demand entertainment remains strong, as does [Netflix’s] original content slate, and the price increase and competitive launches could have less impact than expected.” He went on to state that Netflix is on track to pass the 200 million subscriber figure in 2021. Additionally, revenue growth in the U.S. should pick up the pace throughout 2019, and operating margins will move higher too, once Netflix’s price increase has settled in.

Anmuth believes investors should take up the ‘good buying opportunity’ and labeled it as one of his 4 top picks for investment out of the 28 he covers. Facebook Inc., Amazon.com Inc., and Twitter Inc. are the other three companies.

After analyzing trends on Google as well as Instagram follower rates and IMDb rankings, six Netflix originals came to the top of the list in terms of having a global interest. These were Sex Education, The Umbrella Academy, Tripple Frontier, Fyre, Marvel’s The Punisher S2, and Tidying Up with Marie Kondo.

The rest of the year will see the return of Stranger Things and The Crown for their third seasons as well as The Irishman and Six Underground. Thus, the pipeline is healthy and should, therefore, help to retain subscribers that might otherwise have left after the price increase.

Anmuth believes that Netflix has built a negative impact to its subscribers during the first quarter so that there is very limited impacted of the price increase during the second quarter. April 16 will see the end of the 2nd quarter, after which, Netflix will report its results. Revenue has gone down from $4.511 billion to $4.593 billion since the end of January, and the FactSet consensus for earnings has lowered from 58c to 57 per share.

featured JP Morgan Netflix
Share. Facebook Twitter Pinterest LinkedIn Tumblr Email
Previous ArticleGame of Coins is back! Use the SimpleFX banners to earn money on the Game of Thrones
Next Article A Threat to Libyan Output Rises Oil Prices to a Five-Month High