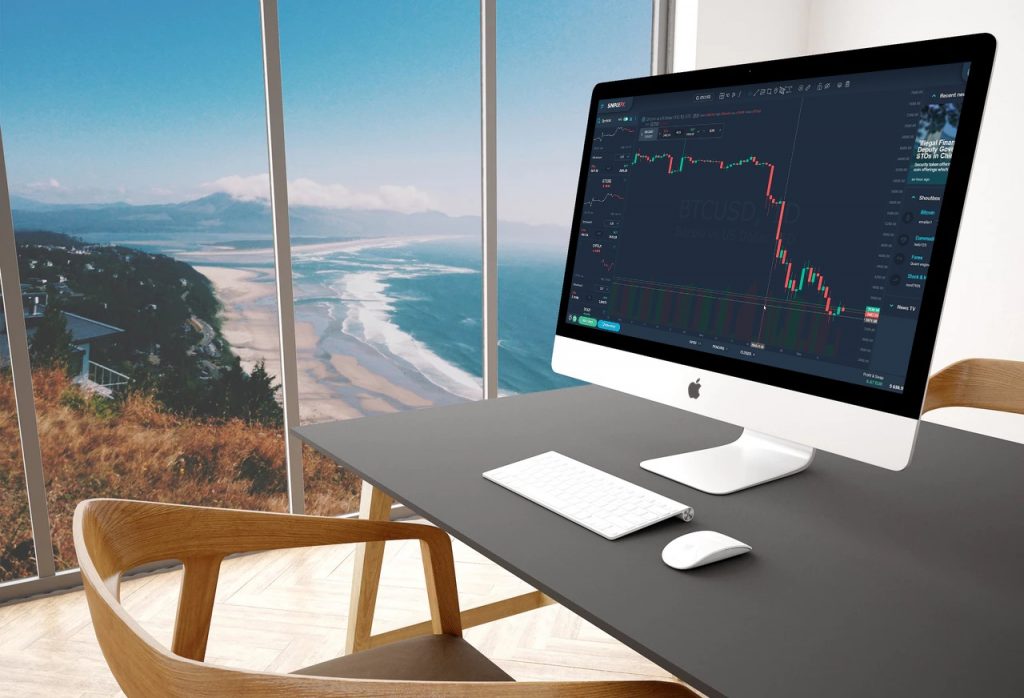 A year ago, Bitcoin seemed completely unstoppable, and the same was true for most other cryptocurrencies. Now, the cryptocurrency market is experiencing one of the worst crashes in history, with Bitcoin dipping into the low $3,000 region on some exchanges and the total cryptocurrency market cap approaching the $100 billion mark at an alarming pace.

The mood on cryptocurrency forums has gone from serious to somber, and even many die-hard HODLers (a slang term for people who are holding cryptocurrencies rather than selling them) are starting to become afraid that some of the most pessimistic predictions made last year could actually be true. One such prediction was made by Kenneth Rogoff, a former chief economist at the International Monetary Fund’s (IMF), who said that Bitcoin could be worth a fraction of its late-2017 price, possibly even as little as $100.

Is there really a reason to despair or could this be just another short-term setback for the cryptocurrency market? To answer this question, we must first investigate the potential causes of the falling prices of Bitcoin and altcoins.

What Caused the Crash?

There are many potential causes of falling prices, but blockchain technology isn’t among them.

The same week Bitcoin took one of its biggest hits this year, southern European states—France, Italy, Spain, Malta, Cyprus, Portugal, and Spain—have come together to promote the use of blockchain technology to boost government services and economic well-being by signing a joint declaration to promote the adoption of blockchain in the region.

“This can result not only in the enhancement of e-government services but also increased transparency and reduced administrative burdens, better customs collection and better access to public information,” stated the declaration.

The faith in the benefits of blockchain technology is similarly strong among company executives surveyed by PwC for its 2018 Global Blockchain Survey. “Everyone is talking about blockchain, and no one wants to be left behind,” stated the survey. “84 percent say their organizations have at least some involvement with blockchain technology.”

So, if the technology behind Bitcoin and other cryptocurrencies is just as attractive as ever, why do prices keep falling down? The most likely answer is – because of taxes, but it’s not the only answer:

Can the Cryptocurrency Market Still Recover?

While virtually all technical analysts predict Bitcoin to fall below its current low, it’s important to remember that Bitcoin, and other cryptocurrencies along with it, has bounced back many times before.

“Since January 2012, there have been thirteen major corrections or crashes in Bitcoin, including this latest rout,” writes Raul Amoros. During some past Bitcoin panics, losses have been as minimal as 30 percent and as severe as 87 percent. Between April 10, 2013, and April 12, 2013, 83 percent of Bitcoin’s value evaporated in just three days, making the current bearish market seem relatively mild in comparison.

According to Adam Back, co-founder of the blockchain firm Blockstream, Bitcoin could experience a meteoric rise in value in the years ahead. Others are not so optimistic, including Bloomberg’s Mike McGlone, who said that he sees a possible price target of $1,500 for Bitcoin, which would mean another 60 percent fall from its current rate.

But perhaps the biggest threat at the moment is the rapidly diminishing hash rate of the Bitcoin network. “Bitcoin difficulty has declined over the previous three months, for the first time since July 2015,” explained prominent Bitcoin economist Saifedean Ammous. “With another 10-20 percent over the next few periods, it would be down over six months for the first time since April 2012.”

That would make it much cheaper to attack the Bitcoin network than it is today, and even one successfully execute 51 percent attack could be disastrous for the reputation of all cryptocurrencies—not just Bitcoin.

It would be an understatement to say that the cryptocurrency market is in a bad place right now. There are many possible causes of falling prices, and it’s very likely that each of them plays a role. Looking back at the 10 years of highs and lows of Bitcoin tells us that the current situation is nothing the cryptocurrency hasn’t successfully dealt with in the past, and the healthy interest in blockchain technology could signal that the end of the 2018 cryptocurrency crash is not too far away.